Skip to content
Home/Booklets, News, Photographs/On the VIA Rail: A Train Ride Across Canada’s Rocky Mountains

On the VIA Rail: A Train Ride Across Canada’s Rocky Mountains

I’ve always glamorized train travel in my mind and wished with all my might that I had grown up in a time when trains were the only way to see the country. So touring Western Canada by train was one of the parts of our recent mother-daughter winter trip to Alberta I most anticipated, and to say I was giddy with excitement is an understatement.

Our trip with Canada by Design started off in Vancouver, where we spent nearly 24 hours before boarding our train. On my last trip to Western Canada, I took the Rocky Mountaineer From British Columbia to Alberta (note: Canada by Design does offer train tours with this option, as well), and on this vacation, I got to experience Canada’s national service, VIA Rail.

Our journey started from Pacific Central in Vancouver, which was less than five minutes by cab from our downtown hotel. Before you depart for your trip, Canada by Design sends each guest a full booklet of vouchers for the entire duration—from taxi transfers to hotel stays to, yes, train trips—so once we landed in Canada, we didn’t have to think about a thing; we simply arrived at the train station by the time they told us to and presented the VIA Rail employee with our tickets.

They took our bags and checked them through to Jasper, where we’d spend the third and fourth nights of our Canadian vacation. One great tip a fellow train traveler had told us in advance was to pack an overnight bag because your cabin will be tiny and there’s nowhere to store a big bag. She was not lying. I’m so glad we listened to her and packed a set of clothes to change into and all toiletries in our day back so we didn’t have to worry about our bulky suitcases for that 24-hour period, as there literally would have been nowhere to smuggle them in the cabins.

If you’re making this overnight train journey, I’d tell you one important thing: Eat before you arrive at Pacific Central Station because pickings are slim. There was an A&W and a little convenience store inside the station, and that was it. We got there three hours early because we’re all severely Type A, so once our bags were checked and we were nearly empty-handed sans our carry-ons, we wound up walking the seven minutes to The Union for a delicious dinner of Asian-fusion cuisine and a few cocktails before we got on the train for nearly 24 hours.

SLEEPING ON THE TRAIN

What was most fun about the VIA Rail trip is that we actually got to sleep ON the train for the night. I’ve taken a few sleeper trains in Europe, but it’s been more than a decade—I hardly remember the experience.

Our two-person cabins were small, so cozy that I wasn’t sure how beds would actually fit in there. But then we went to the back of the train for the bon voyage toast (free champagne!) and to meet a few of our train mates (we made so many new friends!), and by the time we got back, Tony our cabin attendant had popped down the bottom and top bunks. And despite the fact that I had to climb down from my top bunk four times in the middle of the night for a bathroom break, I still slept like a baby. I did take ear plugs and a sound machine in case I had trouble sleeping, but I didn’t need either of them.

The next day, while we were eating breakfast, Tony put the beds back up and removed the wall between the cabins, and voila! We had one big suite for the four of us to lounge in before our late afternoon arrival.

The en-suite bathroom itself was just a toilet, but there was a lone shared shower in each train car for those who can’t go 24 hours without. Personally, I was fine being one of those people, and thus I didn’t even investigate the hygiene situation. It was a bit like being at a slumber party with a whole lot of new friends! And each cabin did have a small sink, so you could brush your teeth and wash your face without needing the shared facilities.

For those who get motion sickness, I was actually completely fine (this from the girl who can’t take a ferry ride without getting ill), though if vibrations bother you, pack Dramamine or Bonine just in case.

THE VIA RAIL FOOD & DRINK

Our train left the station at 8:30pm, so it didn’t serve dinner, but both breakfast and lunch the following day were included in our fare. For breakfast, I had a delicious apple granola pancake plate with eggs and bacon (and plenty of coffee!), and for lunch I had the roast beef while Jade, Micki and my mom all opted for the shepherd’s pie. The food was tasty: far better than anything I expected from a train.

We were pretty wiped and went to bed early, but if you’re the type who needs a nightcap, you can pick up a bottle of wine or six-pack of beer and bring it on the train with you. Or there’s a bar from which you can order. At lunch, I was delighted to find that VIA offered several regional craft beers from Calgary and Edmonton (because when in Canada, am I right?), meaning we all sampled a few different kinds (except for Mom, who opted for wine).

THE SCENERY ON THE TRAIN

I saved the best part for last! As if all the above weren’t enough, the scenery was spectacular. Snow-capped mountain peaks and evergreen for days. Before we’d even had breakfast, Jade spotted a pair of foxes frolicking in a field as we whizzed by their home.

Pro tip: There’s absolutely no Internet connectivity on board the VIA Rail, and cell service is limited. It took us about 22 hours between leaving Vancouver and arriving in Jasper, so pack accordingly and plan to catch up on your reading—or simply admire Mother Nature as you zoom by. Keep your camera handy, as even on a foggy day, you’ll want to snap some shots.

There were two cars on our VIA Rail train, one at the front and one at the back, that offer a dome level on the top floor, meaning you have a pretty awesome view of the scenery surrounding you.

Pro tip: If you hear of something epic (like a frozen waterfall) coming up soon—which will be announced over the loud speaker—grab a seat up top immediately before everyone else makes the migration, as dome seats are very limited.

The dining car is also a great spot to watch the world pass by, though between meal services you’ll eventually have to scoot on your way as the dining staff prepares for the next feast.

Canada by Design has a number of different train tours available, but also the option to fully tailor your experience to your own bucket list. Don’t see a rail tour here that’s just right for you? No worries—they can design one for you based on your timeline and preferences.

Even if you’ve never considered train travel before, I highly encourage you to tack on 24 hours to your Canadian adventure, because it’s a whole other world you’ve likely never experienced. 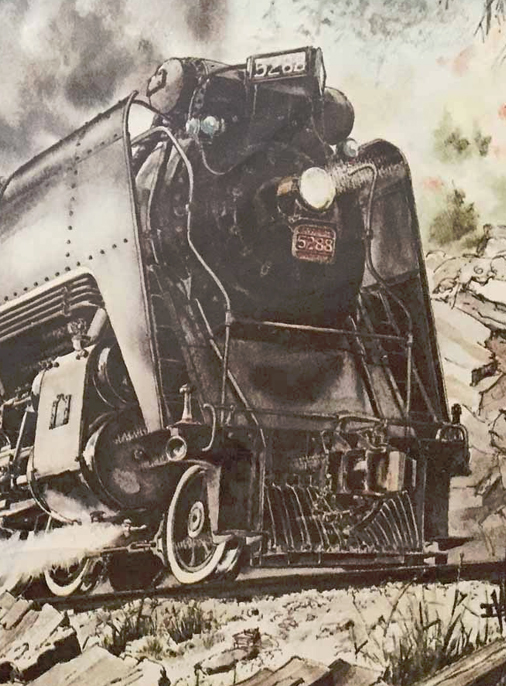